PIERRE BONNARD AT THE TATE MODERN 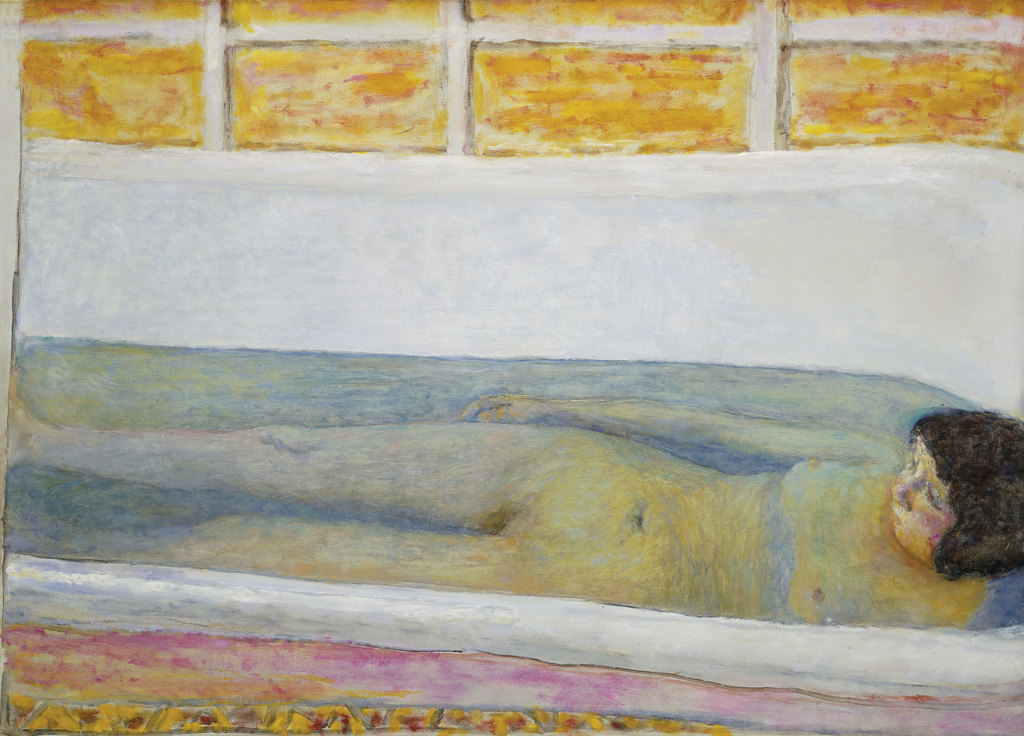 Pierre Bonnard The Colour Of Memory At The Tate Modern

Sandwiched between the bleak months of winter and spring, the Pierre Bonnard exhibition at London's Tate Modern could not have arrived at a better time. The artist spent much of his time in the summery climes of the Mediterranean-and his experiences are evident in the lush, vibrant colour palette that he uses for his paintings. There is depth and an intense opacity to his use of colours, which is aptly referred to in the title of the exhibition: The Colour Of Memory. Here, we have a glimpse into the fleeting and not so fleeting memories of an artist who stayed in the South of France. Upon entering the exhibition rooms at the Tate Modern, the viewer is confronted by bright colours that leap off of the canvas and straight onto the retina. The subject matter of Bonnard's paintings are just as direct; there are depictions of the mundane everyday life and romatic trysts that Bonnard enjoyed with his lovers. One of the most striking examples is Man and Woman painted in 1909, which shows Bonnard and his lover Marthe de Méligny in the bedroom, post coital possibly, with a playful addition of some kittens playing with Marthe. Bonnard's lover is bathed in soft light and the palette chosen for this painting evokes the relaxed mood of  that morning or afternoon. Another time that Bonnard painted himself with his lover was in 1935, titled Nude in an Interior, which was frank in showing the sexual relationship between the two and using the porportions of a Japanese scroll painting -influenced by Hokusai-to show the individuality of the two people within the painting.

A master of everyday observation, Bonnard uses clever composition to frame his subject and their activities. A stunning example of this is Mirror Above A Washboard, painted in 1908, which depicts a nude woman at the bathroom mirror next to a dark glossy cupboard. In the same painting, a lover, or friend, is shown calmly sipping tea. We, as the observer, see them through a mirror in the painting, which gives the painting some layers. It is at first glance a simple painting but it invites the viewer to look closer at the contrasting colours, complex framing and the nature of the subject's relationship. Bonnard uses a generous palette of burnt orange, accented by purple tones and some florishes of green. The vivid use of colours again conjures up different emotions in the viewer, which is intensified in paintings such as Dining Room In The Country, painted in 1913. This time, light floods the painting and gives it a mellow, dreamy mood of a Mediterranean afternoon. In this particular painting, Bonnard uses a striking crimson colour for his lover's dress, which adds some drama to the sun drenched palette. The focal point of this painting, the woman is looking out towards the viewer but she is framed behind another window frame. Not only does the colours come together in a spectaculour golden wash, it gives the viewer of this painting plenty to think about-in terms of the composition and the point of view of the viewer. Perhaps, we are the diners at this table in the countryside? Bonnard invites us to gaze at the woman in the crimson dress and at the dreamy surroundings of his table in the country.

The theme of the kitchen table is echoed again in The Dining Room, painted in 1925. This time, the subjects are absorbed in their own activity and there is a lightheartedness in the mood. In real life, Bonnard's life was just the opposite; his long term mistress committed suicide in 1925 and a series of personal tragic events took hold. By 1931, in the painting The Boxer, he depicted himself as a more lethargic character, weary and worn out by life events. As the decades went by, Bonnard's painting style evolved; his beloved theme of the bathroom in 1940 was more rigid in style and showed a stark contrast with the soft flowing paint strokes of his earlier bathroom paintings. His composition style became more experimental with different use of proportions and arrangements. At the Tate Modern, viewers can see such examples in Landscape in Le Cannet 1928 and Nude in An Interior 1935/ both of these paintings show a departure in the compositions used by Bonnard earlier. The style is almost surrealist with the vivid use of colours giving everything a dream like feel. It is as if Bonnard was depicting some lucid dreams from his real life. Abstraction in form and composition is seen strongly in The Studio With Mimosas, painted in 1939 and finished in 1946. This time the canvas is glowing with yellow hues and the mimosas look like they are invading the entire canvas. There is a sense of calm as the viewer peers through the windows of this painting and admire the thick clusters of yellow. Another highlight of the exhibition, Red Field, painted in 1939 is a gorgeous symphony of colours, strikingly contrasting in the cool and warm tones, and joyfully depicts a frolicksome afternoon.

Haute Girls London is an elite introductions agency for high end companions in the city. Please peruse through our gallery of beautiful London escorts to arrange a meeting.