SCHIELE AND KLIMT AT THE ROYAL ACADEMY 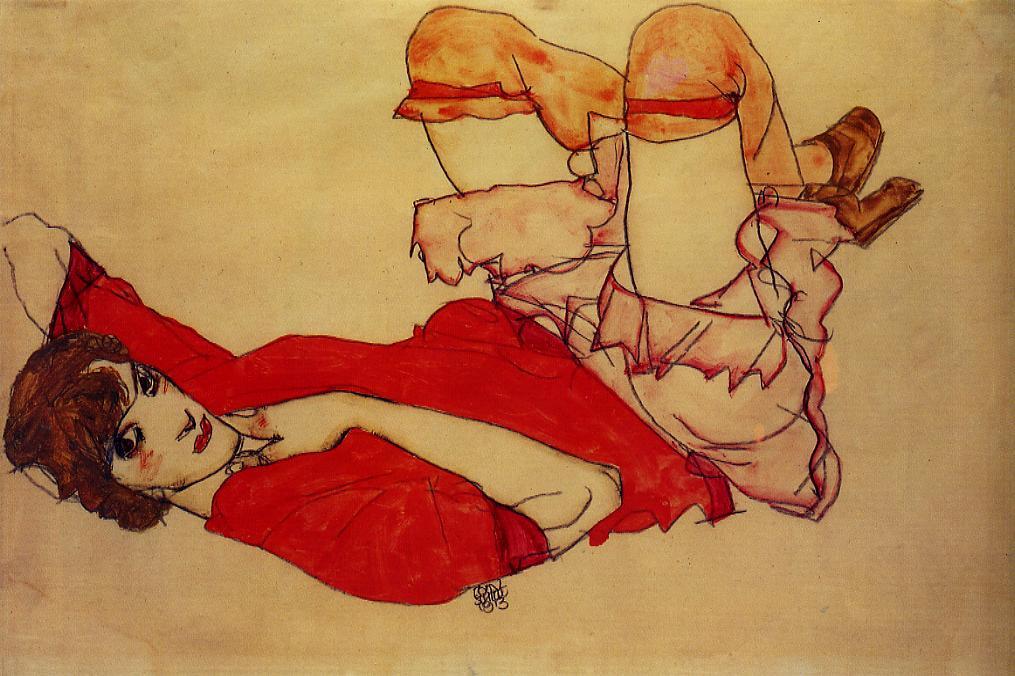 A London Exhibition Of Vienna’s Most Famous Artists

It is hard to believe that a hundred years has passed since Egon Schiele’s death-who was in his lifetime one of the most influential artists in the world, laying the foundations for the Viennese Expressionist Movement. Even today, Schiele’s influence is seen in contemporary art by Krassimir Kolev, Carlos Camus and Joaquin Jara. This Autumn and Winter 2018/2019, Londoners have an opportunity to see Schiele’s art in an exhibition at the Royal Academy of Arts, W1J 0BD. Collaborating with the Albertina Museum, this important exhibition will show Schiele’s works alongside Gustav Klimt, another luminary in the Viennese art scene.

In 1907, Schiele met Klimt, who was a mentor to brilliant younger artists in Vienna. Klimt immediately saw the potential in Schiele and encouraged his raw talent through art patrons and workshops. Under Klimt’s wing, Schiele developed his own distinctive style, although his earlier works between 1907-1909 was heavily influenced by Klimt’s style. The Royal Academy Exhibition has curated 100 drawings by these two major artists and they show the expressive styles that both were famed for. Death took Schiele away at a tragically young age, however, the exhibitions shows the potential that this promising artist had. At the time of his death, Schiele was already gaining some important new patrons. Had he survived the flu epidemic of 1918, Schiele would go on to be a very affluent artist.

For fans of Schiele, there is plenty to enjoy at this exhibition; the sinewy nudes, strikingly bold expressions and angst in the subjects are all here. It would be hard not to be affected by the energetic lines and power of Schiele’s drawings. Taking a backseat at the exhibition, Klimt’s artworks are much more reserved and elegant. Klimt was already a wealthy artist when he died and painted many important parvenu in Viennese society. His style followed that of portrait commissions, namely more restrained and formal in style. This is a contrast to the Schiele half of the exhibition which is stark and sometimes done in black crayon.

Schiele And Klimt Exhibition at The Royal Academy will run from 4th November 2018 until 3rd February 2019.

Haute Girls elite London escort girls are available for bookings throughout the city. To arrange a booking, contact us today. We are open 7 days a week.